Many of us, given our background in military, in law enforcement, and in various forms of service to our country have grown up with the belief that the legal system can do no wrong. That it was indeed a JUSTICE System, and not purely a 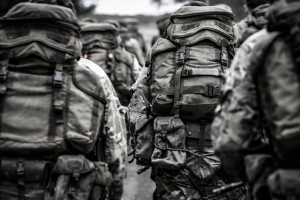 method of putting massive numbers into prisons that profit from staying full. Sadly, this is not true. We have received a number of letters from those considering whether the story of John’s innocence can be believed, and we felt you may gain some understanding from reading what John’s father wrote in response to a fellow service member’s questions.

Thanks for your e-mail. I am sympathetic to your Ranger colleagues’ views that LE can do no wrong. I used to believe it myself. We all are brought up with that perspective. We are taught it by our parents, by the TV shows we watch, by the reality of the vast majority of professionals in LE who serve honorably and try to do the right thing by the citizenry that they are sworn to protect. Your friends (many of whom are probably LE – fed, state, local – themselves) believe it because of their professional training in LE.

However, like any community, there are bad apples. John walked into one of them. As the cops who were friends with his attorney told that attorney the day that John was not indicted by the grand jury after his altercation with the cop: “Nobody pulls a gun on a cop in Lexington KY and gets away with it.” Thereafter, they followed him, stopped him when he was driving, knocked on the door of his home, harassed him, harassed the mother of his child (who was Venezuelan, with a dicey citizenship case) at her bank job (she was a branch manager, and she lost her job). When they came to her, the cop who was the “bad guy’s” former partner brought a DIS agent from Wright Patterson AFB with her (what did a fed have to do with ANYTHING relative to John?). But the fed served on a terrorism intel cell (multi-agency) with the bad cop, and they did the “good ole boy” handshake to stir the pot and see if they could get anything on John.

If we give effective life sentences for someone being an asshole, John’s where he should be. But if this sentence is supposed to be for the crime he did NOT commit, well…the judge gutting all of his defenses, his defense attorney being in bed with the prosecution and putting on NO CASE other than a 100% PTS TBI veteran’s personal testimony (boy, did that NOT work!) did John in.

I grew up in Lexington KY. I KNOW the “good ole boy” network that exists where John was convicted. If I wanted to be making $1M+ a year doing equine law, I’d be there as we speak. But I loved the system you and I grew up under as young adults…a meritocracy that did not care where you came from, or who your parents were. The military only cared how we performed. That appealed to me much more than the “good ole boy” system that ultimately put John in a cage.

I believed in the “system”, even to the bitter end. Hell man, I went to Harvard Law and saw the ultimate

[misplaced] indoctrination in the “justice system”

What I discovered, to my horror, through the bitter experience watching my son, was that it is NOT a “justice system”. It is a legal system. I still want to believe that it is the best in the world…think Egypt, Syria, Iraq, Afghanistan, Russia, the PRC, North Korea. Yeah, it’s better than those. But what EXACTLY does that mean?

So…I am sympathetic to what your fellow Rangers say. I used to believe it myself. But what I know now…what I learned…is that there, but for the grace of God, is me. Any of us…you, me, any of your LE-supporting Ranger buds – ANY of us – could be in the cell adjacent to John. And if a judge, or an attorney, or a prosecutor, can skew the facts, and use procedural arguments to gut your defense for good or ill, well…any of us could – or would – go down.

Thank you for listening to my rant, it can make me feel slightly better….

Let me think about how you could help. If you have any ideas, I’d be grateful. Right now, we’re trying to bang on politicians’/news media’s doors, in an effort to get someone, ANYONE, to help us. Obviously, the big “R” word – John’s alleged crime (I don’t care that he was convicted…to this Dad, it is still alleged because he never really got to put on a defense) makes that very difficult. If you have anyone in your network (including spec ops folks who might be willing to speak out), that would be exceptionally helpful.

If you can help us get the attention of anyone who might be able to help John in his quest for a retrial we’d love to talk. Please email JusticeForJohnBuckley@gmail.com.