John transferred out of solitary confinement after nearly a year

John transferred out of solitary confinement after nearly a year

[The below is an open letter to our supporters from John’s father, John Buckley III] 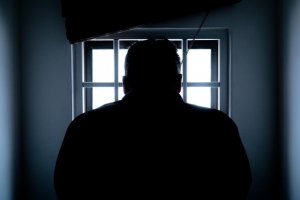 Well, your letters, prayers and contributions have yielded a result. John was transferred from Eddyville KY to Northpoint Corrections Center near Burgin KY on Thursday June 1, 2017. He spent almost a full year in solitary confinement. He looks thin…but I have gotten three e-mails from him in the last two days, so he’s enjoying being in a general population where he can be able to communicate with the outside world much easier than Eddyville’s administration allowed him.

John met with his new lawyer Dan Canon a few weeks ago, and Mr. Canon began his work on John’s case. The men and women, including John’s Ranger buddies, high school and other friends, and family provided the funds that allowed us to hire this good lawyer for this appeal. While we probably do not have enough funds to work through all the legal issues, we do have enough to start. I will be praying that more funds come in to aid John in this legal work. We generated almost $24,000 to begin the work. I estimate that to complete all of the legal issues on the table, including the exceptionally poor work done by previous trial counsel, we’ll need almost three times that.

John was not transferred to the Veteran’s Dormitory at Northpoint. He had too many infractions at Eddyville to get that immediately. If you remember, we fought Eddyville’s administration through your letters and cards to that administration, as well as to the KY Commissioner for the Department of Corrections, in an effort to address the gross violations of due process and outright fabrication of infractions that John endured, leaving him in solitary confinement for the better part of a year. For example, when John was transferred from a short stint at another prison back to Eddyville, he immediately returned to “the hole” as solitary is called. He was led to this cell shackled hands and legs to his waist, with a guard pointing a shotgun at him for the walk from the bus to the hole. He was searched in every way (think “cavity search”) before he departed the previous prison, and when he arrived at Eddyville. The cell was thoroughly searched before he entered. Inmates in the hole are allowed out of hole (no human interaction) once a week for a few minutes to shower (“walk out the door when it automatically opens, turn right and proceed to the opened door a few feet down the hall to the shower, take your shower, return to your cell a few moments later”). They are allowed out for “yard time” – a small concrete enclosure with a glass roof several stories above you for about an hour…could happen in the middle of the night, and if you don’t go, no more “yard time” that week – once a week as well (“walk out the door when it automatically opens, turn left and proceed to the opened ‘yard door’ a few feet down the hall, enjoy your time out of your cell, return immediately to your cell at the proper time when ‘yard time’ is complete”).

Well, a few days after John got back to Eddyville, they burst into his small cell to search…and after a few minutes or fumbling with the light fixture well off the floor, they purportedly found a 7″ homemade knife. They alleged John brought it with him (do I need to tell you where John would have had to “store” that knife if he actually had brought it in with him, despite having been searched…it’s anatomically impossible). During the quasi-judicial administrative proceedings to prosecute John, the authorities refused to allow John to bring in evidence that would have proved the impossibility of the offense. They convicted him…because they said so. This happened over and over again…and insured that John accrued too many points to go directly to the Veterans’ Dorm where he sought to be transferred at Eddyville.

I go into this great detail so that you all, our friends, can know what John endured daily in Eddyville. I once believed in our “justice” system. I saw its flaws, but believed that by and large the right result occurred. But John’s case has shown me that prosecutors, cops and corrections officials who play loose with the laws that our Founding Fathers intended for the Republic make a mockery of a “justice” system, and make it purely a “legal system”. That “legal system” is intended to simply process and warehouse human flesh, to the detriment of the “justice” intended when our great Republic was founded.

Thank you for considering my thoughts. Again, if you desire to write to John, he can be reached at: