Letters from John: Can you help him out of his slump?

Letters from John: Can you help him out of his slump? 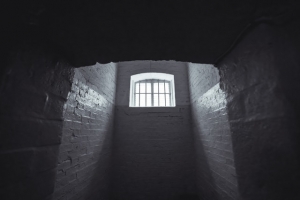 It’s difficult, and expensive, to stay in contact with family from prison. Most modes of communication are pay by the minute, and things like access to email kiosks are limited to ten minutes…not a lot of time to get your thoughts down. In this two-part letter John shares more about the constant danger he faces, as well as asking for support from friends, family, fellow veterans and the other kind-hearted souls who have come across this story. If you want to send John a message of support please email JusticeForJohnBuckley@gmail.com.

All of my friends, family, supporters and interested parties. I apologize for not updating you all for awhile.

These last few months I’ve been in kind of a slump. I was transferred to a new prison on the Western side of Kentucky about 3 months ago. I didn’t get in trouble or do anything to spur the transfer on. My father and I think that KYDOC will probably transfer me to another prison about once a year or so in an effort to not allow me to get too comfortable. I can imagine that it must be terrifying for them to have an actual Army Ranger incarcerated behind their fences. My honorable service to my nation seems to have been turned into a negative by my government yet again, in an effort to be “safe and secure.” I suppose if I am never in any one place for too long I won’t get comfortable. Chaos is a Prison Wardens biggest tool against the inmates believe it or not.

Anyhow. I have been sent somewhere else. This is my 5th Prison. I don’t mean to sound “whiny” but I’m “over” this prison stuff 🙂 It’s for the birds. Morale has been an issue these last few months but I have been dealing with my “lows” by painting (again) now that I have the space (I’m in a cell instead of an open dorm), and playing Priscilla (my guitar i.e. love of my life). Being in prison is a real grind. The daily acts of violence and robberies and constant threat of danger can wear on a man. Early on in my bit I was forced to defend myself (successfully) on a number of occasions. Now I’m more or less “made” in the sense that I have a reputation as a man whom can handle himself. Still, the threat of danger is constant and a lot of the younger guys looking to make a name for themselves view an Army Ranger with a sex case (guilty or innocent is irrelevant) as an enticing target. Thus, my head stays on a swivel and I am a constant state of hyper awareness. I’ve had men come at me with knives and worse.

I’m sorry all this kiosk is cutting me off I must sign off. I’ll write more later. Love to you all.

I thought I’d try to finish my thought now that I have access to the kiosk again. As I’m sure some of you are aware. The amazing Kentucky “Justice” system found another way to buy themselves some more time by dodging my appeal. I’ll try to explain to you how (this is directly related to my low morale as of late). The kind of appeal I filed has to do with the fact that my lawyer did not represent me adequately at trial and by not making any effort to defend me he violated my constitutional rights, thus I am entitled to a new trial. I’m sure some of you have read the appeal that was posted on the website. If you have, you can see that my lawyer, Dan Cannon did a brilliant job and raised several issues (even uncovering some new evidence corroborating my story and validating my claims) that cannot be ignored. Usually, with typical appellees (as you all know I am in no way “typical” nor am I treated as such by the courts in Fayette County), no matter what kind of case or circumstances behind it, the local circuit court where the case was adjudicated orders a MANDATORY evidentiary hearing if for no other reason than to “check the box” before denying the appeal and sending it to a higher court. However, in my case. The judge DENIED the MANDATORY hearing in a very lazy opinion issued about 2 1/2 months ago. OF course, my lawyer, father, and family were yet again floored at the hubris of Fayette County. So…. now I must ask the higher court to grant the hearing that is already mandatory. There is no doubt whatsoever that I will GET the hearing. However, that judge just cost me another 2 years behind bars for a crime that I did not commit. While we all watch our television programs and swear that the courts are law abiding and well intentioned, this is an aspect of the law that people are unaware of. The courts can literally drag the process on for years by violating their own policies simply to punish the Petitioner for not going easily into the night…

I’m getting cut off again friends. I would love to hear from you. Lift a warriors spirits.

If you want to send John a message of support please email JusticeForJohnBuckley@gmail.com. Thank you for your kindness and consideration.